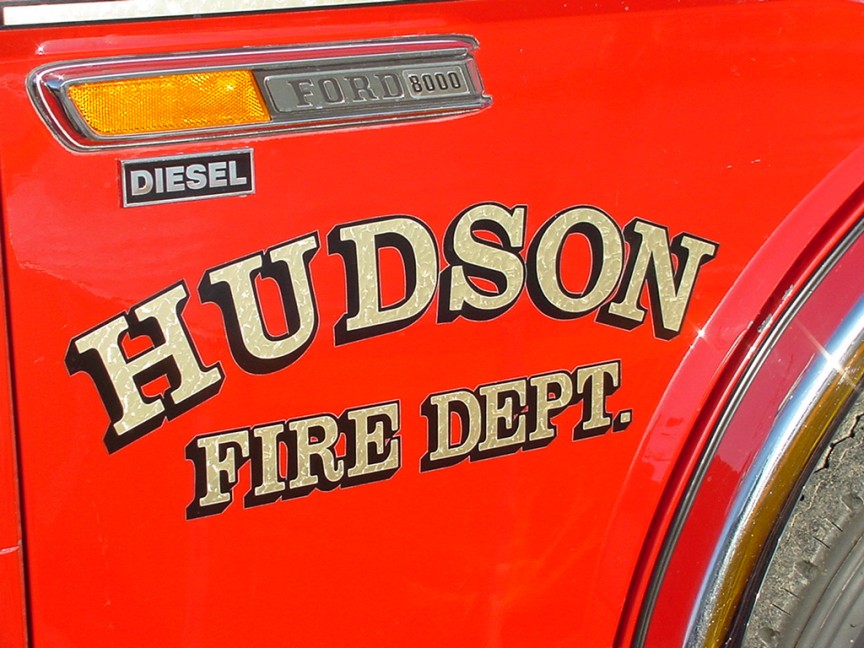 I wanted a last call as the hour of my retirement from the fire department came near.  It had been a snowy winter day but no calls came.  Hope was fading fast but suddenly the pager tones went off.

It was late in the 11th hour of my career as a firefighter.  After more than 26 years serving as a volunteer firefighter I was retiring in a few hours.  I had secretly been hoping for one last call but at this late hour I had given up hope.  One should never give up hope.

Most of my career as a firefighter I had served as an officer.  I was elected training officer eighteen months after I became a volunteer firefighter.  I held that position for the next six years.  Then I served several years as an assistant chief.  I took a short break from the officer ranks to be a nozzle man.  Then I was elected again to serve as training officer.  As I planned my retirement I declined the training officer job during my last year. I wanted my last year to be more relaxed and less stressful.

The year had been fun and exciting.  There were some major incidents I was able to work and they resulted in successful outcomes.  The summer was a long spell of no major fires or incidents but that changed in the fall and the department got busy.  The old adage of weeks of boredom followed by a few minutes of shear terror was coming true.  There were some major fires and we handled them well.  I was happy with the experiences of this fall.  I was winding down to my day of retirement.

I planned my retirement to occur on the night of our fire department Christmas party.  I had hoped during that week that I would have the chance to make one last call. However, it was a quiet week.

For many many years I had been the chief cook for the fire department Christmas party. I plan the meal and the preparation.  Many members of the fire department arrive the morning of the party to help me with the cooking.  We cook a feast for firefighters and their spouses.  The meal is firehouse cooking at its finest.  We cook six twenty pound turkeys, three in roasters and three on the grill, plus twenty pounds of sliced ham.  Also prepared are roaster pans of whole kernel corn, scalloped corn (our specialty), green beans, sage dressing, oyster dressing, rice and broccoli casserole, mashed potatoes and gravy.  We also share our feast with the elderly and shut-ins in the community.  We cook for 60 meals to share with the community and 70 meals for us.

The day of the Christmas party, and my retirement, had arrived.  In the afternoon the snow began to fall, sometimes quite heavily.  The preparation of the meal was going well.  I knew if a call came in I would be able to leave and have that one last call.  As the afternoon wore on, that last call never came.  About 5 p.m. the meal preparation gets hectic and this year was no exception.

About 5 o’clock the carving of 6 turkeys begins.  Two gallons of instant potato mix are mixed with two kettles of hot water for potatoes that will fill two roasters.  The gravy is mixed but never according to the package instructions, and never the same as last year. Dressings and scalloped corn in the ovens are checked.  Activity in the kitchen is at a peak as we prepare to begin dishing up the outgoing meals at 5:30.  Before 6 o’clock, meals are ready to be delivered.  In the rush to finish preparing the meal I lost all thought of a last call.  I headed home to clean up for the Christmas meal and the dance afterward.  As I stood in the hot shower, I realize the hope of that last call had vanished.

I returned to the station and caught the tail end of the social hour.  I took a few minutes to relax before the last minute activity to serve the Christmas dinner.  The meal was served and enjoyed by all.  As we concluded the meal the Chief thanked all the firefighters and their spouses for their contributions during the year.  Awards were handed out to very deserving members.  My retirement was announced at the business meeting two weeks before the Christmas party.  However, several members were not in attendance and most spouses were not aware of my retirement.  When the Chief announce my retirement at 12:01 AM on this night, a loud sigh went through the audience.  I didn’t expect this and I was caught by total surprise.  The chief thanked me for my years of service and everyone gave me a standing ovation.  My heart ached that my wife of 40 years had not lived to be with me on this day.  I was moved beyond words, a rare situation for me.

Everyone pitched in to clean up after the meal.  I found my way to the apparatus floor for social time and the dance.  Any thought of a last call had escaped me.  I had just grabbed a diet Coke and settle in to a chair when our pagers went off.  It was a fire call. My heart was in my throat.  However, my tummy was more than full and felt like an anchor.  Not to worry, the adrenalin rush that comes with a fire call will overcome an overstuffed tummy.

The page was for a smoke investigation at one of the local quick shops.  Over the years we had been called there several times on smoke investigations.  Mostly it was smoke from electrical problems but there had been one serious fire.  As always, my thought process plans for the worst and hopes for the best.  By “luck”, I was in the shotgun seat of the second out pumper.  Our job was to stage at a nearby hydrant and to prepare to lay a line for water supply.  The assistant chief was the driver.  We pulled into the drive way of the grade school and positioned the pumper next to a hydrant.  Since it had been so cold and snowy I said I would verify the caps on the hydrant were not frozen.  I place the hydrant wrench on the first of three caps.  It was frozen solid.

I had experienced frozen caps on a hydrant a couple of years before. The tools available all failed to loosen the caps.  I requested additional heavy duty tools.  A three foot pipe wrench and a three pound hammer had been added to each pumper.  I grabbed the three foot long pipe wrench.  I still could not budge the hydrant cap.  Not a good thing.  Next I grabbed the hammer.  One firefighter pulled on the pipe wrench while I beat the edge of the cap with the hammer.  The cap loosened and I removed it. The other two caps were loosened with the pipe wrench.

While the hydrant was being prepared the firefighters on the first pumper were checking the building for smoke and/or fire.  Shortly they notified us that nothing was found and we could return to the station.  I loaded the hydrant bag into the pumper and we returned to the station.

As I was getting out of my gear for the last time another firefighter hollered at me. “Hey Gary, you got to make a last call.”  I had never mentioned my desire for a last call.  I was glad he said that to me.  God works in mysterious ways you know.

This was a great call for my last call. Every fire call brings a massive dose of adrenalin, especially when you have been to that address before.  I got to a ride in the shotgun seat of a big red fire truck.  My job was to run the lights and sirens and I did my job.  For the first time I got to use tools I had requested to solve the problem of frozen hydrant caps and they worked.  There was no smoke and no fire.  This incident was my kind of fire call, the business suffered no loss and no one was hurt.  I quietly and happily retired a few hours later with fond memories.  As I drifted off to sleep I thanked God for my last call.