I was intensely focused on raising my grade point above a 3.0 during the last quarter of technical school at Iowa State University.  Our wedding would be a few days after graduation and Maxine wanted to start going to church on a regular basis.  Worship turned out to be a lot more than my physical presence in the pew.

Maxine Gets Me to Church

In early June of 1962 she accepted my proposal of marriage.  Both of us were broke, unemployed, and didn’t know what we wanted to do in life.  We decided to wait to tell the world of our decision.  We were separated by distance the summer of 1962.  We wrote letters to each other almost everyday.  By September of 1962, Maxine was back in Story County, Iowa and we were near each other again.  I had a 63 hour a week job at a gas station that paid $65 a week.  I pumped gas, changed oil and greased cars, washed cars, fixed car, truck, and tractor tires.  Maxine worked 5 days a week as a waitress at a hotel.  We had money and each other.  In the winter of 62-63 we announced our engagement.  In early 1963 we decided I would live with my parents and go to the two year technical school at Iowa State.  We would marry when I graduated.  We were married on June 12, 1965.  Maxine was 20 and I was 21.

During my second year at technical school Maxine began to work on the details of our wedding.  In 1965 weddings were simple.  They consisted of the ceremony in the church; a cake and punch reception in the church basement; the bride and groom leave on the honeymoon; everybody goes home and gifts are opened when the newlyweds return home.  One of those details Maxine planned was attending her church in Story City where we were to be married.  Maxine did all the planning for the wedding as I was deeply involved in studying.  Iowa State was still on the quarter system.  As the last quarter of my schooling approached, I did not have the grade point average I wanted.  I wanted a 3.0 grade point average when I graduated.  The winter quarter had been a struggle and my average was 2.95.  I was disappointed.  The two year tech school required 16-19 credit hours per quarter.  I was studying seriously but some of the courses were a challenge.  I reviewed the credit hours of the courses for my last quarter and determined it was still possible for me to achieve a 3.0 grade point average.  I set out to do what had to be done to achieve that average.  My study habits were good.  I studied several hours a day at the ISU library between classes.  At home my usual study hours were 6 PM until about midnight.  The last quarter I increased my study hours until 3 or 4 in the morning.

My dad never liked school and thought high school was a waste of time.  He thought real work involved manual labor and people who went to college were just trying to get out of work.  In watching my intensity in studying until the wee hours of the morning, he thought I was in serious need of a psychiatrist.  That caused considerable tension between me and my dad.  There were heated discussions.  I never went to the psychiatrist.  I ended up with a grade point average of 3.05.

I was living at home and working full time until I started technical school.  Then I lived at home and studied full time.  Living at home was the only way I could afford to go to school.  My dad agreed to pay my tuition and books if I helped with the farm work.  For spending money I was on my own but I had saved some money from working at the gas station.  Maxine was living in Ames in a rooming house and working full time.  She was using her money to buy furniture and appliances we would need when we married.  Together we ferreted out the loose change in our pockets to fund our weekly habit of 15 cent hamburgers and dime Cokes at Henry’s Hamburgers.

I often attended classes on Saturday mornings and we looked forward to having Saturday afternoon and Sunday to just be together.  In early 1965, in the mist of all the studying and turmoil with my father, we started attending her church, St. Petri Lutheran, in Story City on a regular basis.  Maxine and her family were long time members of St. Petri.   Almost every Sunday someone from the family attended church and the whole family attended as often as possible.  Maxine and I began to carry on that tradition. 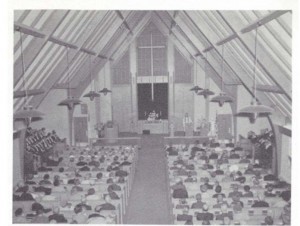 Sitting in church with Maxine was just a relaxing time.  As we sat together in St. Petri the stress of studying and dealing with my father evaporated.  As that congregation surrounded us we had the feeling we were in the right place and doing the right thing.  It was one of those indescribable feelings.  For a few hours on Sunday everything seemed right with us and the world.  That feeling would reoccur many times in our lives as we left a church.

Attending church together soothed our souls.  The Holy Spirit was with us but not recognized by us.  The simple act of attending church together was the beginning of a life long adventure.  An adventure that had its share of deep valleys and mountain top experiences.  Maxine had a more traditional catechism than I did.  Spirituality was deeply ingrained in her much like my grandmother Grum.  There would be many times in the future when Maxine’s faith and spiritual leadership would hold the two of us and our family together.  In the best of times and the worst of times, being together in church would sooth our souls, refresh us, and renew us.

It all started when Maxine made the decision that together we were going to attend church on a regular basis.  On our journey of life, that decision made all the difference.  Maxine’s strong faith served as my guide to strengthen my faith in God and the Holy Spirit.  I’m forever grateful to her for her guidance.

If you have not made a decision to attend a church on a regular basis and strengthen your faith in God, please do so.  Regardless of your age it is never too early, nor too late, to let God and the Holy Spirit sooth your soul, refresh you, renew you, and guide you. 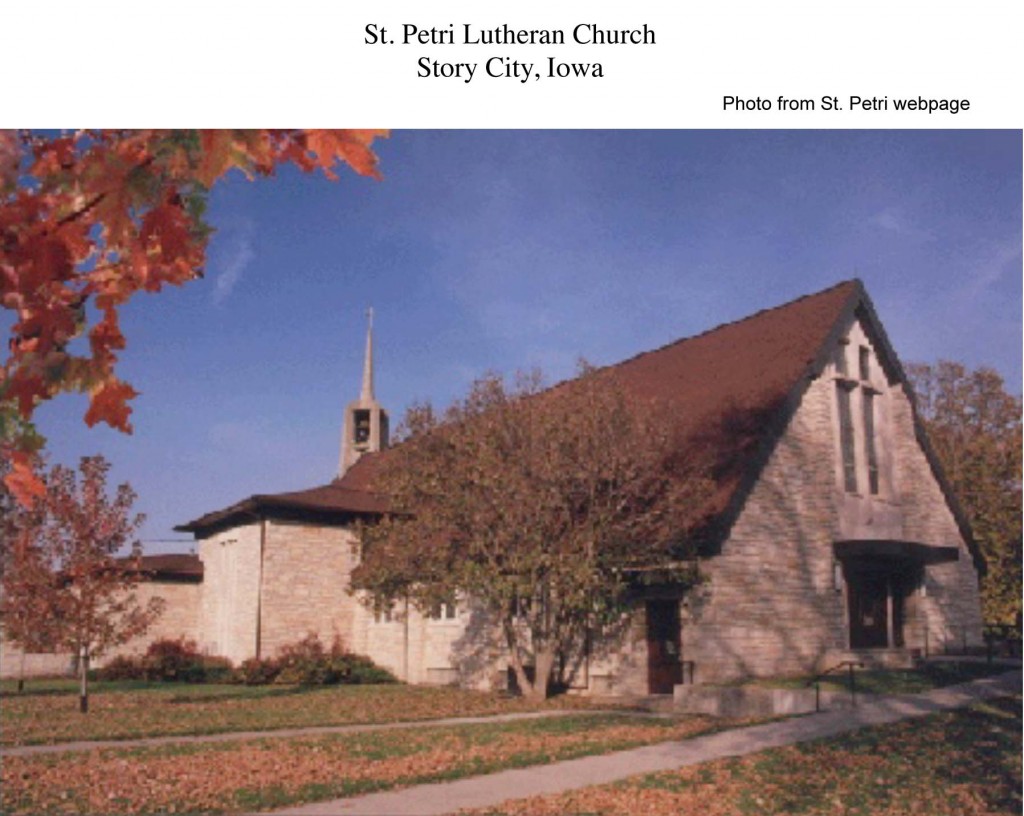