The infinite patience of a Norwegian persists until the indecisive stubborn Dane sees it her way and the family grows.

And Then There Were Two More

The ‘70s were a time of change and transition for Gary and Maxine.  In the early ‘70s they were living in a rented 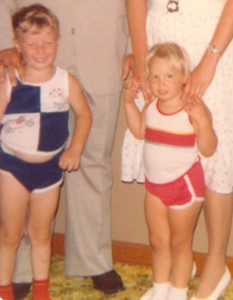 farmhouse near New Hartford, Iowa.  The house was old, uninsulated, and cold.  During one winter cold snap all four of family slept in one bed next to the oil heater to keep warm.  One winter evening the burning pot of the oil heater cracked.  It was not safe to continue running the heater and the landlord would not repair the heater.  So in January of 1971 Gary and Maxine had to find new housing in short order.  They purchased a mobile home in the Country Terrace Mobile Home Court of Cedar Falls.  They moved in during a bitter cold February weekend.  The mobile home was the warmest home they had ever lived in.  In 1974 they purchased a home in Hudson and they would live there for the next 31 years.

As their life in Hudson began, Gary’s career at John Deere was progressing and it required travel.  He would often be gone two or three weeks at a time.  Maxine was a full time mom caring for Galen and Kim.  When Gary was gone, she had her hands full with the house, yard, garden, and sometimes snow removal.  Gary and Maxine were both very active members of the Jaycees and the LBJ’s (Ladies Behind the Jaycees).  Both held various offices in those organizations.  In January of 1976, Gary began the first of three two year terms as a city councilman.  It was a time when both were very busy and enjoying most of it.  Gary and Maxine had joined St. Timothy Lutheran Church in Hudson and were active in the church and in adult Sunday school.

If you know Maxine, you know that she had infinite patience.  She almost always got what she wanted.  Sometimes it took her awhile to get Gary to come around to her way of thinking.  One summer day during 1977, Gary and Maxine were on a short weekend trip and Gary had decided he also wanted more children.  Gary asked Maxine if she wanted to get pregnant and as they say, the rest is history.  When they found out that Maxine was pregnant, Gary and Maxine took a few days off and went camping and fishing at Union Grove Lake and Rock Creek Lake.  It was like old times.  Their love was rekindled and they were both very joyful about the upcoming birth.

In 1977, the technology was not available to determine the gender of the baby so like Galen and Kim, they waited 9 months to find out it was a boy.  Garrett was born in February of 1978.  However, by 1978, fathers were being permitted in the delivery room. Gary was able to be at Maxine’s side during labor and delivery.  Since it was 9 years between births, the doctor had told Maxine the delivery would be like having the first baby.  That was not something she was looking forward to.  Galen’s delivery in 1966 had been a long and hard labor.  Kim’s delivery in 1969 had been less difficult.

Garrett’s delivery went well.  Gary and Maxine were older, more mature, and more experienced.  Both enjoyed the togetherness of the delivery and the birth.  Being together during the birth of a child is a very moving and emotional experience that they were able to share for the first time.  During the birth of Garrett, they felt closer to God than they had ever been in their lives.  They were grateful they were able to share this time of great joy.

Galen and Kim were at the age they could be a big help to Maxine with baby Garrett.  Gary and Maxine were really enjoying having a new baby in the house.  Maxine just had a glow about her from having the new baby that she had wanted for a long time.  There were several discussions about more children.  From the first discussion they agreed that more children would be ok.  In the fall of 1978, Maxine decided it was time to get pregnant again and Karmin was born in August of 1979. 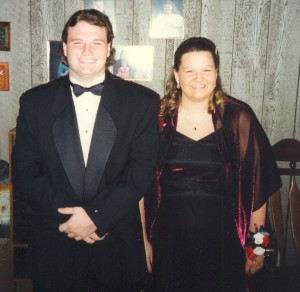 Again they were able to be together for the birth of Karmin.  All went well and it was again a time of great joy for Gary and Maxine.  Again, the birth of a child brought them very close to God.  The birth of a child is a feeling like no other that you experience in life on earth.  Being together for the birth of two children brought them closer to God and closer to each other.  They were experiencing the Holy Spirit at work in their lives although they were both too busy to really recognize or acknowledge the work of the Holy Spirit.

With the birth of two children in a relatively short period of time, Gary and Maxine were getting their second wind at getting pregnant and having children.  Maxine was taking some good natured kidding about being able to give birth to a boy, a girl, a boy, and a girl.  Maxine thought she had a system about getting pregnant and getting the gender she wanted.  Her system was her secret and she never told.  However, there were many discussions about even more children.  Maxine was confident she could give birth to another boy and continue the sequence.

One of Gary and Maxine’s goals in life was to put all their kids through college without the kids or them being deeply in debt.  After careful consideration of their goal, their age, and their life together, they jointly decided to not have any more children.  Gary and Maxine did accomplish their goal of educating their children.

So after years of wanting, discussing, and doing, Gary and Maxine added Garrett and Karmin to the family.  It was well known that once Gary and Maxine made up their minds to do something, things happen.  It was just 25 months from the time Gary asked Maxine if she wanted to get pregnant until the birth of Karmin.  It was a time of great joy in their lives.  It was a time in their lives when the baptism of two more children strengthened their faith in God and in each other.  The blessings of God had changed their lives forever. 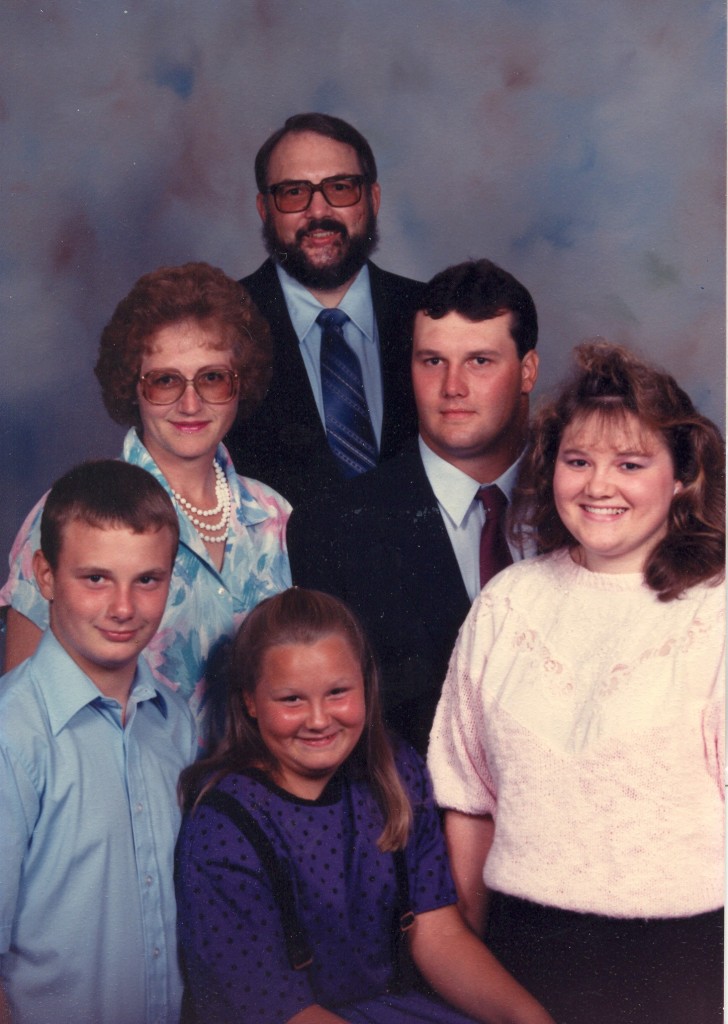