My story writing adventure is the result of a meeting with Pastor Diane that was scheduled for 15 minutes to discuss changing churches.  An hour and a half later my life was changed forever.  This is that story.

Pastor Diane and The Call

I arrived promptly for a meeting about joining a new church.  I was greeted by Pastor Diane and welcomed to her office.  I expected a fifteen minute discussion about the technicalities of changing membership in the Lutheran Church.  I would leave her office an hour and a half later with a calling and a changed person.

After Maxine died I attended occasionally but it was difficult.  It was so hard to sit in “our pew” by myself.  The couple that sat next to us always made me feel welcome and comforted me.  Her smile and friendliness are so warm it could melt an iceberg.

Every time I entered St. Tim’s, all I could visualize and think about was two caskets and two funerals.  I knew I needed God and a church to help me recover from the loss of Maxine.  I decided to look for a new church.  I needed a change of scenery.

I knew some members of St. Tim’s had transferred to Bethlehem.  Every new pastor creates movement of a few members and St. Tim’s was no different.  I surfed the internet and discovered Bethlehem had a very good web site.  To me the web site was a sign of a progressive congregation.  I also saw a picture of a long time coworker.  I realized I wouldn’t be a total stranger.  Bethlehem was steeped in Danish tradition. There was a ship hanging in the sanctuary.  I believed I could fit into this congregation.

I decided to visit Bethlehem.  The first Sunday I was warmly greeted by several people. Bethlehem was a warm and inviting congregation.  The pastor was Pastor Diane.  She was an interim pastor.  Bethlehem was several months into the process of calling a new pastor.  I was very impressed by Pastor Diane’s sincerity.  It came naturally to her.

I continued to visit Bethlehem.  I visited the men’s Bible study.  Adult education was something I was looking for in a new church.  Jerry, my co-worker friend, was also a member of the men’s group.  I was warmly welcomed and included.

I wanted to join Bethlehem but emotionally I was struggling with leaving St. Tim’s.  I had been struggling with the dilemma for weeks.  I decided I needed to meet with Pastor Diane to discuss the technicalities of changing church membership.

I like female pastors.  They listen much better than male pastors.  I was involved with the intern committee at St. Tim’s when Pastor Victoria served her internship.  She would take a call to a church in Wisconsin.  Pastor Lori at Ascension in Green Bay, Wisconsin is an outstanding pastor.  Whether it was a Sunday service, a funeral, or a wedding, her message always helped guide me on my spiritual journey.

Female pastors have a way of communicating compassion that few men have.  Female pastors can deliver a sermon that goes straight to your heart and soul.  Few men have that ability.  Pastor Diane delivered sermons with no notes which is something I admire.  She also delivered them with a passion I had not experienced.  Besides listening to Pastor Diane’s message, watching her delivery of that message was a beautiful thing to behold.

Pastor Diane was from Wisconsin.  A point that did not escape me.  I have five female cousins, all sisters, who live in Wisconsin.  They have all given me great advice, guidance, and support.  So here I was talking to a female pastor with Wisconsin roots.  I was paying attention.

As the meeting with Pastor Diane began I told her who I was and why I wanted to change churches.  I told her of my emotional struggle leaving St. Timothy.  I told her the Holy Spirit was in my life and had surrounded me with loving caring people . But I thought I needed a change of scenery.  She asked me to tell her more about the Holy Spirit in my life.

I told her how I had adopted Eileen and Marilynn as my sisters.  I explained how they guided me and supported me.  I told her about Eileen taking me to Sequoia and Yosemite National Parks and how it became a spiritual experience for me.  I told her of the visit Maxine and I made to Yosemite after Kim’s death.   Again, a spiritual experience for both of us. I shared how Eileen had guided me out of being a workaholic and likely saved my life.

As I unloaded my stories of Kim’s death, Phil’s death, Art’s death, Virgil’s death, Maxine’s death, Delores’ death, Judy’s death, and mom’s death she listened intently.  All of the deaths, except Kim’s, had occurred in the last 20 months.

I told Pastor Diane that I knew the Holy Spirit was with me but I thought I needed a change of scenery for a church home.  All this time, Pastor Diane was listening intently and encouraging me to tell my stories to her.  After listening to me ramble on and on, like I do, she looked at me.  She said changing membership is not a problem.  You can be a member at Bethlehem and an associate member at St. Timothy.  I will verify that and take care of that.

Then Pastor Diane drew a breath and looked straight at me.  She said, “But my friend you have a calling to tell your stories.”  I was shocked.  A pastor, Pastor Diane, a Wisconsin girl, whose sincerity is unquestioned, had just told me I was called.  I was overwhelmed.  I could hardly speak.  I just sat there trying to comprehend what I had been told.  My mind was racing.  Who me?  I’m not a good story teller.  I’m not a good writer.  There was no one else in the room.  She looked at me as she said “you have a calling.”

Bible stories came back to me.  Those that had the response “Who me?”, I’m not qualified.”  Then another saying came to me, “God doesn’t call the qualified, He qualifies the called.”  Oh my!  I could feel the presence of the Holy Spirit in that office.

I can’t remember what was said after that.  Small talk I guess, if there is such a thing with Pastor Diane.  I remember she closed with a prayer that I be guided in telling my stories.  As I left, I agreed to join the Bethlehem congregation.  I had agreed to share my written stories with Pastor Diane.  I was a changed person who had a calling to share my stories.  I was unprepared for the call but I understood.

God, he knows I listen to women better than I listen to men.  God knows I have a soft spot in my heart for female pastors and girls from Wisconsin.  Pastor Diane was both. This discussion was no coincidence.  As my cousin Claudia says, it was a Godincidence.

The Holy Spirit made me uninhibited to tell my stories to Pastor Diane.  The Holy Spirit worked in both of us that day.  It was an experience unlike any I ever had.  I left overwhelmed and I felt emotionally drained at the magnitude of receiving a call.

I went home to ponder.  I shared my experience with my “sisters”, Marilynn and Eileen. Neither were surprised I had been told I had a calling to share my stories.  I spent weeks pondering the call to write and share my stories.  I read some books about writing the stories of your life.  I read some books about what to do with the second half of your life.

I knew I had to carve out a new life for myself.  A life without Maxine physically at my side.  The multitude of things she taught me about life and love would always be with me.  I knew her spirit would always be with me.  I had received a call to make sharing my stories part of that new life.  I still had some apprehension about changing churches. I am I doing the right thing?

The day I joined Bethlehem, I met a woman who had played high school basketball with Maxine.  She graduated two years before I met Maxine.  That meeting confirmed Bethlehem was the place I was supposed to be.

Deep down I knew writing my stories was my calling.  However, it took some time for me to come to grips with it.  Over time, the Holy Spirit helped me see how the events of my life had fallen in place to lead me to the calling of writing stories.  So, still overwhelmed that an ordinary farm kid from Story County Iowa has been called to write stories about his life experiences, I have begun. 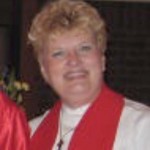