This story, written in 2006, is about the journey of two very independent people working to recover after the death of their spouses.  Both strongly believed you must get back up after you get knocked down but this time they couldn’t do it by themselves.

The 21st Century had been tough on cousin’s Gary and Marilynn.  Gary and Maxine’s daughter Kim was killed in June of 2000 by a drunk driver.  In July of 2004, Marilynn’s husband Phil had taken his life.  In November 2004, Marilynn’s dad, Gary’s favorite uncle, had died from complications of dementia.  In the winter of 2004-2005 Gary’s wife Maxine had lost two cousins to cancer.  In February 2005 Maxine’s younger brother Virgil died from lung cancer.  In June of 2005, Gary’s wife Maxine died from lung cancer.  In early December 2005, the wife of Maxine’s older brother Chuck died of cancer.  The day after Christmas 2005, Ray, a cousin of Gary and Marilynn, lost his wife to cancer.  In March of 2006, Gary’s mother died from heart problems and complications of old age.  Gary and Marilynn were worn out from perpetual grieving.

Marilynn and Gary had formed a strong bond in the 1980s.  They were the eldest male and female of the cousins.  Part of that bonding was the first born syndrome.  All of the other cousins looked to them for leadership and answers to life’s questions.  Another part of bonding was that they shared a great deal of the Stratton “genes”: they were farm kids; you can’t stop to rest until all the work is done; if you think all the work is done you must have forgotten something; always helping others but forgetting to take care of yourself; a passion for family history; an inability to say no to anyone who needs help; the knowledge that they had become their fathers; that in times of indecision of a group they step forward and make the decisions; admitted or not they like to be in control; the instinct that they could always figure a way out of a problem; and the instinct that individually they could handle anything by themselves.

Both of them were devastated by the sudden loss of their spouses.  After Phil died, Gary gave Marilynn a journal with a personal letter in it.  After Kim’s death, a close friend had given Gary a journal with a personal message in it.  That gift helped him cope with the loss of his daughter.  He passed on that gift to Marilynn.  After Maxine died, Marilynn did the same for Gary.  The journey of the journal gift had come full circle in a short time.

With the loss of their spouses, both of them encountered something they could not handle individually or even together.  The grief was just too great.  This was a perplexing situation for both of them.  Unknown to each other, both of them decided to seek professional counseling.   Shortly, both made it known they had sought counseling and it was helpful; for they knew their cousins were watching to see if the two leaders they looked up to would recover.

After Phil’s death, Gary shared with Marilynn what he had learned from Kim’s death and about grieving.  He tried to be the brother that Marilynn didn’t have.  He gave her a shoulder to lean on and cry on.

After Maxine’s funeral, Marilynn stayed with Gary for a week.  She had given Gary a journal with her personal note.  She became the sister that Gary didn’t have.  She shared her knowledge about grief after the loss of a spouse.  She gave him a shoulder to lean on and cry on.

The relationship would strengthen and sustain them as they grieved and worked to find their individual new path in this ongoing journey of life.

They shared their Lutheran faith, the faith their grandmother, Grum, who was widowed at a young age, had taught them.  The faith that life goes on and you can, and must, be strong.  They talked about God still having plans for them.  There were things yet to be done on their journey of life.  They didn’t know the details, but they were confident the Holy Spirit would guide them, individually, and together.

Gary and Maxine had vacationed, fished, relaxed, ate out, and sometimes made important life changing decisions at the Red School Resort in Birchwood, WI.  The fall colors of late September and early October provided a picturesque setting for them to relax.

Gary decided he wanted to continue to go to Birchwood.  It soothed his soul.  But in the fall of 2005 he didn’t want to go alone.  Without Maxine, it would be too hard to be alone.  Now, it was a toss up whether he or Marilynn was the biggest workaholic.  He was doubtful he could get Marilynn to go.  However, she agreed the first time he asked.  Talk about the work of the Holy Spirit!

Together they spent a week in Birchwood.  The cabin had Lazy Boy recliners in front of the picture windows looking out on the lake  The 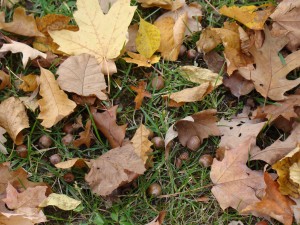 red, orange, gold, and brown leaves were in their magnificent fall color.  The white bark of the birch trees stood out brilliantly in the woods.  From the boat in the middle of the lake they watched bald eagles glide across the sky in the pink and purple sunsets.  They listened to the calls of the Loons. They watched the brilliant orange of the harvest moon rise over the lake and reflect on the glassy smooth water.  They fished, they relaxed, they talked, they cried, they bonded deeply.  They became brother and sister forever.

Their cousin bond was formed as children.  He living in central Iowa and she in southeast Wisconsin.  The bond became thin after high school.  Both had set out on their generations mission to “do your own thing.”  Like most of their generation, that mission left them wanting.  They had lost contact with one another.  There was an emptiness in their lives

The original cousin bond was reformed in the 1980s when their paths crossed in southwest Wisconsin.  The Holy Spirit had reconnected them.  Neither had any idea that reconnection was preparing them for future events.  After the death of their spouses, and a week in Birchwood, that bond would become a brother-sister bond.

They continued to use that bond to strengthen, sustain, and love each other as they find their new paths on the journey of life.  They know the Holy Spirit is at work every day in their lives.  Sometimes they are not sure where their individual paths are leading them, but they know the Holy Spirit is guiding them.  They know that regardless of where their individual paths lead them, they will always have a brother-sister relationship.

They also know, as with their marriages, one of their souls will return to God before the other.  When that happens, the remaining one will cry, sob, and grieve again.  The remaining one will also be filled with joy that the other has begun the journey in the next life.  The one that remains on earth will give thanks for the times the two of them were able to share the joys and the heartbreaks of the earthly life.  They will also look forward to the day their bond will again be renewed in the next life.

With a bond strengthened from life’s experiences, the two cousins continue on life’s journey as brother and sister. 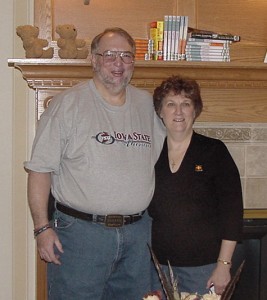