This story was written several years ago as I began the transition from technical writing to story writing.  My left brain tech friends will recognize this could have been written in four or five sentences in one paragraph.  Story writing takes a few more words.

Winter days can be dismal, grey, cold, and lonely. A birthday forgotten by your family intensifies the gloom and emptiness. But, you never know from where warmth and tenderness will come; nor when it will arrive.

I am a novice writer. I write essays about experiences in my journey of life. I had just finished the revision of two stories of experiences I shared with a woman I had adopted as my sister. The stories were about the events that led me into rehab and saved my life. I was a workaholic and my downward spiral was accelerating. Without Anne’s intervention, I would have literally worked myself to death. I am recovering and alive today because of her.

As a novice writer I struggle with the goal of show it, don’t tell it. My previous career was as an engineer. I conducted tests, analyzed the data, determined conclusions, and wrote technical reports covering the work. The reports were strictly the facts. The readers were other engineers with detailed knowledge of the subject. Writing was strictly “tell it.” Words that “show it” were not permitted.

I had written, and rewritten, the two stories several times. They were my stories, my experiences, and my feelings. They were vivid to me but were they vivid to others? Did the stories draw in the reader? Did they make sense to anyone else? I decided to send the stories to Anne. Anne was with me on both adventures. As a sister, she would give me honest feedback.

I decided to print the stories and send them to her via snail mail. I prefer stories in process not end up as electronic media out the in the internet world. I stuffed the printed stories into a manila envelope. I carried them down the street and around the corner to the post office. I handed them to the clerk with the request “first-class please.”  I forked over the postage and on January 2, they were on their way. With the holiday back log of mail I figured it would take them several days to travel the 20 miles to Anne’s house.

The next day I was off on some adventure for a few days. When I got back, I went through my email on my desktop computer (no smartphones back then). Most of it was the usual junk all of us get but oh my……..I discovered one from Anne. The story she told me warmed my heart. You never know from where warmth and tenderness will come; nor when it will arrive.

Anne’s day at her engineering job had been long and a lot less than fun. January fourth had been one of those cloudy, dark, and gloomy days. The weather was cold and blustery. Anne began the long walk across the parking lot to her car. The north wind bit her cheeks, and her eyes watered. 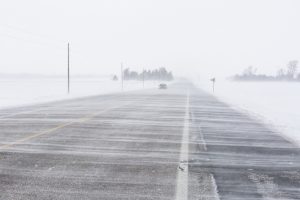 As she drove home the snow drifted across the highway and the howl of the wind chilled her to the bone.  Her old used car chugged along as she turned onto the gravel road. It would be polite to describe that old car as having a lot of character, but it did have heated leather seats that worked. Their warmth was something Anne insisted would be in her next car. She drove past her driveway and stopped at the mail box. The cold frigid air blasted into the car as she rolled down the window to pull the mail from the box.  Combined with the junk mail, was a manila envelope from a novice writer.

She backed up and turned into the driveway. She arrived home to an empty yard. The yard was usually filled with cars. None of her four teenage children were home. Their schedules were busy with friends, school, and work. Anne’s husband was off on a business trip. He wouldn’t be home for a few days. As darkness descended on this cold and dismal wintry evening, she walked into her large but empty house. She put the envelope on the counter, and the loneliness of her empty house gripped her.

Today was her birthday and everyone had forgotten. Not even a card on the kitchen table or a message on the answering machine. She sighed, and a tear came to her eye. I might be prejudice about the girl I adopted as my sister, but she is an angel on earth. She deserved more.

Anne began feeling sorry for herself but that didn’t last long. Anne is not a whiner. She built a fire in the wood stove and huddled herself around it. The heat drove the cold chill from her bones. She decided she might as well get cozy and make the best of it. She fixed dinner for one. The tea kettle soon whistled as she prepared her favorite comfort food, hot tea. She found her favorite blanket and grabbed the envelope from the novice writer. She curled up on the couch, soaking up the beams of heat wiggling their way out of the wood stove, and sipped her hot tea.

Anne opened the envelope and found two stories. One story about the day we had spent in Sequoia National Park. The other about the next day we spent at Yosemite National Park. The stories about those two days brought a smile to her face. Those two days changed our lives forever. Anne had gotten me to accept her 13 step rehab program for workaholics. Those two days were the beginning of a transition.  The transition from friends and co-workers to best friends forever, and me adopting her as the sister I never had.

Anne began to read the stories. She began to smile and feel warm. The novice writer was doing ok. The description and dialog of the mountain road caused her to recall the laughter we had shared. As she read she could visualize the mountains and waterfalls. She could again sense the closeness to God each had felt in their own way on those adventures. She read and thoroughly enjoyed each story. She learned things about my feelings and emotions that were unknown to her as I had not shared them with anyone, not even my adopted sister. She shared with me the phrase she recalled when she gazed upon the natural beauty we saw that day; “what an imagination God has……how could so much variety be conceived and produced on one planet.”

Anne said the stories took her back so clearly. They warmed her soul and her spirit. She thought, “What a wonderful birthday present.” The recollections of two wonderful days in the mountains filled her with warmth and happiness. So on that blustery and dismal winter day, a manila envelope, mailed at no particular time, arrives on her birthday. A birthday Anne found herself alone and lonely. But, two stories brought smiles to her face and warm memories to her heart; she no longer felt alone or lonely. The stories were a great birthday present, and her e-mail had told me all about it. As I read her e-mail, it had warmed my heart.

You just never know from where warmth and tenderness will come; nor when it will arrive.