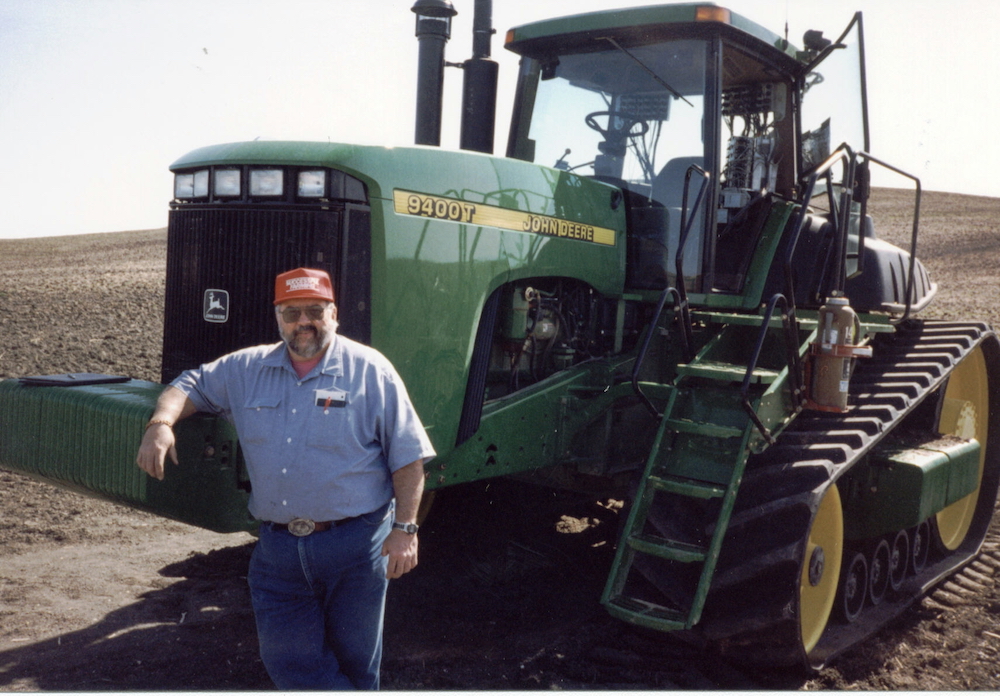 It’s the little moments along the way that bring back smiles and chuckles as a person walks the path of “retirement”.

During one of our early tractor testing adventures in the hot California summer, Anne and I decided to plan a day that allowed us to quit early (that means before dark).  The test work had been difficult in the 100+ heat of a cloudless sky.  We wanted enough time to venture to the Harris Ranch Restaurant near I-5.  It was about a half hour drive from our motel.  It was at this restaurant a few years earlier that Anne first introduced me to wine drinking.  A lesson I enjoyed and I continue doing homework on the subject.

A new employee was at the test site learning about how a test site operates.  Doug was a farm kid from the Dakotas with a brand-new degree in engineering.  One day he knocked on the door at work, and HR was smart enough to hire him.  He was a baby faced handsome young man; unusual for a kid from the Dakotas.  He exuded self confidence.  He processed data well and made logical conclusions.  Those two attributes, plus his farm experience, placed him ahead of most the supervisors and managers in his department.  Most of us believed he had a great career ahead of him.

As Anne and I were leaving the test site, we invited Doug to go with us.  Taking time to eat at the Harris Ranch Restaurant was one of the luxuries we afforded ourselves once during each trip.  The Ranch raised and butchered their own beef.  Seasonal veggies grown on the Ranch were part of every meal and of course, the California wine was first-class.

As we drove, we viewed luscious crops on some of the most fertile agricultural farm land in the world.  The Ranch is an oasis in the 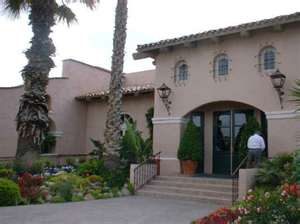 middle of miles and miles of productive farm land on the west side of the San Joaquin Valley.  The restaurant and motel are surrounded by palm trees and flowering gardens.

Anne and I had been there several times, but we take our time and meander, slowly admiring the beauty of the Harris Ranch complex.  When we reached the registration desk for the restaurant, Anne handles our registration.  She spells her last name and adds “like Dianne Sawyer”;  Diane Sawyer was an ABC news reporter / anchor at the time.  The host gets this blank stare.  Guess he doesn’t keep up on current news.  Anne and I often dealt with host / hostesses in restaurants who made incorrect assumptions.  Often when we registered, the host would look past Anne and look to me for the information.  I just remained silent, and she provided the information.  The same thing happened when the bill came; 99% made the assumption I would pay.  Sometimes Anne paid, and sometimes I paid.  To make our expense reports work out, we paid the other for our share of the check.  Our expense accounts required separate checks for meals and many restaurants had a policy of no separate checks.  Engineers are creative at using one check to cover two expense accounts and it all worked out.

Once while I was working in Wickenburg, I was required to have supper with a large group of co-workers when an upper level manager was visiting.  A restaurant we often frequented was selected.  As the waitress began taking orders, our manager asked for separate checks.  The waitress noted they were very busy and stated the policy of no separate checks.  The manager argued and argued.  We were embarrassed.  The waitress finally agreed to separate checks.  The manager beamed, and the buttons on his shirt got tight.  An hour later the waitress returned to take our orders.  Forty-five minutes later our food arrived.  The buttons on the manager’s shirt no longer fit tight.  The rest of us made sure the waitress got extra tips for handling the arrogant manager.  As Anne, Doug, and I waited for our table at the Harris Ranch we continued to admire the beauty and atmosphere of the restaurant.

After a short wait, the three of us were seated at a table in the exquisite main dining room.  Anne and I guided Doug through the menu.  At the time, I was a novice wine drinker.  I had learned to swirl and sniff but was still struggling with my sip vs chug skills. 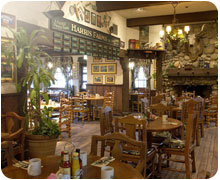 Anne continued her mentoring and ordered wine for us.

The waiter returned to take our order as we sipped the savory wine Anne had selected.  He took Anne’s order first and then turned to me.  I ordered a steak, done medium, covered with onions and mushrooms with Jack Daniels sauce on the side.  After he had taken my order, the waiter looked back and forth between Anne and me.  Then he asked, “And what would your son like?”

Anne and I looked at each other in shock and began to laugh.  We had been mistaken for a married couple in some restaurants although I was significantly older than Anne, but this was a new one.  We weren’t “that old.”  We looked at Doug.  He was politely quiet, but this baby faced new employee did look younger than his years.  Anne said he was not our son; he was a co-worker.  The waiter apologized and took Doug’s order.  We all smiled and had a good laugh over the incident.

Oh, the memories, how they linger.  One of the great joys of life.