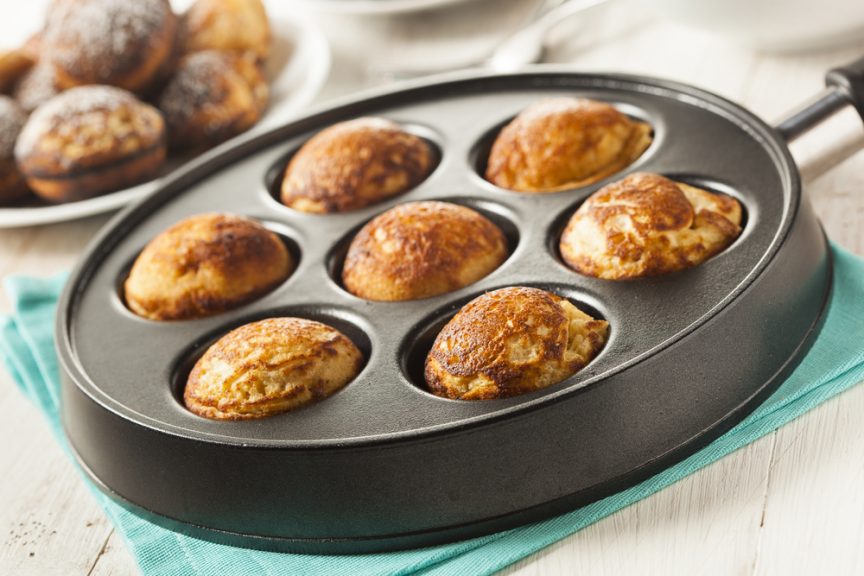 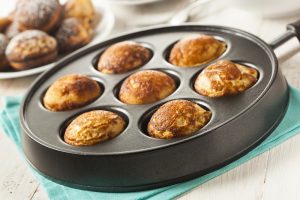 I claim to have 51% Danish ancestry because my paternal grandmother was a Dane and the matriarch of the family.  In 2014, Ancestry.com analyzed my DNA, and they got it wrong because it didn’t come back as Danish.  I married a close to full blooded Norwegian and we had interesting discussions about the virtues of Danes vs Norwegians.  But, common to all the Scandinavian’s is the love of food and winter Æbleskiver feasts that are part of that heritage.  In 2008 I was staying the winter in DePere, WI with my sister, technically my cousin, but more on that later.  DePere has a suburb that is home to Lambeau Field, the Packers, and the frozen tundra  This is a story about a great piece of philosophy that came out of a chance meeting at an Æbleskiver feast.

Kringla, kringle, lefse, krumkake, pickled herring, smoked oysters, and of course, lutefisk are great Scandinavian foods; well maybe lutefisk is an acquired taste only achieved by the heartiest souls, those with true Viking blood in their veins.  You know the old story; the only reason the “old” Norwegians ate lutefisk at Christmas was to remind themselves why they never wanted to go back to the old country.

In 2004 my cousin Marilynn lost her husband and in 2005 I lost my wife.  As the two oldest cousins, we leaned on each other as we went down the rough rough road of grief recovery.   Marilynn had four sisters and I had one brother.  On the journey down that road we developed a brother / sister relationship that we never had growing up.  Now, we are more brother and sister than cousins and we have evolved into soulmates.

I stayed with Marilynn much of the winter of 2008 as we tried to figure out where this road of grief recovery was taking us.  Actually living with your sister / brother, whom you thought you knew well, was an adventure unto itself.  My story, Culture Shock, at garystrattonfirefighter.com tells about that adventure.  I blew a lot of snow out of her driveway; she cooked a lot of food for me; I did some handyman work for her; we looked at houses for me, for her, and for us.  We talked about things only two people who had lost a spouse at a young age could talk about.  We went to church every Sunday, which was normal, and I experienced Lenten Services that still cling close to my soul.  We partook in “Friday Night Fish,” a semi-religion in Wisconsin, and we went to an Æbleskiver feast.

Æbleskiver feasts are plentiful in the Green Bay area during the winter.  We chose to attend the one at St. Timothy Lutheran.  Saturday was a cold, crisp, sunny day in Green Bay.  The tundra was still frozen, but it was a nice day.  We entered the church and made our way to the registration desk.  We registered and proceeded to the waiting area, the sanctuary, and took a seat in a pew and waited with a hundred or so other people.

As I entered the sanctuary I looked up, and sure enough we were in a Danish Lutheran Church.  It felt like home although I

had never been in that church.  When Danish immigrants arrived in America, and formed a church, they had a tradition of hanging a model ship in the top of the sanctuary.  The ship, mostly hand carved, was a replicate, or at least a representation, of the ship they were on during their migration.  Besides my family heritage, in 1989 I visited Denmark on a business trip.  Standing on Danish soil, not all that far from where my ancestors originated, gave me a strong connection to my Danish heritage.

While we were waiting, I noticed the decorated baskets at the front of the nave.  My sister told me there were for the raffle to raise money for the church’s activities.  We went forward to explore the baskets.  The beautiful baskets were decorated with ribbons and bows with many themed in the green and gold of the Packers.  A wonderful array of gifts were on display.  Cheese assortments, surprise surprise, local wines, candies, books, Packer paraphernalia, again surprise surprise.  There were tea assortments for warming the soul during the winter days in the frozen tundra.  Many baskets displayed crafts and were a witness to the great workmanship and creativity of the provider.  The review of the baskets was like a day in an art gallery.

Tickets for the raffle were on sale in the fellowship hall next to the nave.  Sis and I bought some tickets and placed a ticket in the can in front of the baskets we were interested in.  No one ever called either one of us, again, surprise surprise.  By the way, neither of us spends time in a casino.  Go figure. 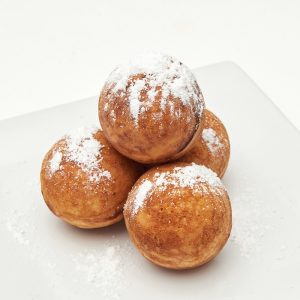 We went back to a pew and continued waiting our turn.  Shortly our name was called.  We were directed downstairs to a large fellowship hall that seated about 200 people.  An usher took us to our seats.  Immediately we were served.  This church knew how to run a large scale Æbleskiver feast in a very efficient manner.  My hungry stomach and my taste buds were anxious to get started on the Æbleskivers, and then it happened.

Denise Jensen, a friend of sis’s, who was helping serve the hungry crowd, came by to say hello.  Now, my sis knows everybody in the Green Bay metro area, well almost everybody, so it was no surprise we would encounter one of her friends.  After introductions, we tell Denise we are looking for a new place for Friday night fish.  You just can’t go to Wisconsin and not partake of Friday night fish with a Wisconsin brandy old fashion.  Denise tells us about a place in downtown Green Bay, Maricques Bar at 1517 University.  She tells us it is excellent food, but it’s not cheap.  The “not cheap” part did not phase me.  I like good food.  Denise then leans over our shoulders and quietly tells us, “My philosophy is that life is too short for cheap food and cheap booze.”  Now that philosophy hit home to me and I’ve followed it ever since.

Some would call meeting Denise a coincidence, but I don’t believe in coincidence.  On that day, sis and I were meant to cross paths with Denise, and a piece of wisdom was passed during an Æbleskiver feast at a church where two or more gathered in His name.  You can’t plan this stuff folks………it’s the power of the Holy Spirit.  Denise was a person who was brought into my life for a brief moment and left me with a memory that will last forever; and I have not met her since and may never meet her again.  In my life, I have been blessed to have several of these “chance” encounters that have left me with positive messages that have stayed with me and will be memories forever.  May you also be blessed in this way.

Sis and I went to  Maricques Bar the very next Friday.  Denise was correct, it was excellent food, and while not cheap, it was appropriate for the quality.  We have been back several times over the years.

This Æbleskiver recipe came from:
https://houseofnasheats.com/aebleskiver-danish-pancakes/

Aebleskiver (or ebelskivers) are puffy Danish pancake balls and a traditional Danish dessert most often served during the Christmas season.  Enjoy them year-round as a delicious breakfast treat!

Instructions
In a medium bowl, beat the egg whites with an electric mixer until stiff peaks form.
In a separate, large bowl, combine the flour, baking powder, salt, baking soda, and sugar.  Stir well, then add the egg yolks, melted butter and buttermilk and mix just until combined.
Gently fold the beaten egg whites into the batter.  Batter will be fairly thick.
Heat your aebleskiver pan over medium heat until hot.  Brush each cup with a little melted butter using a pastry brush, then fill each cup with about 2 tablespoons of batter until almost full.
As soon as the aebleskivers begin to bubble around the edges, use a wooden skewer, chopstick, knitting needle, or fork to flip them over half way, letting the batter slide around to fill in the bottom of the cup.
Continue cooking, turning the aebleskiver again to let the batter fill in the remainder of the sphere and continuing to turn until golden brown all the way around and cooked through.
Transfer to a serving plate and dust with powdered sugar, then serve with jam (traditional), honey, cinnamon honey (my favorite!), or even just syrup.